"Legends speak of a Colossal Cave that extends deep underground, so twisted by time that its passages shift like the sand under which it lies... the Cave is said to be filled with fabulous treasures, but also incredible danger!"

Spelunky (Also known as Spelunky HD) is a unique platformer where you navigate the fully-destructible environments and master their many secrets. To stay or flee, to kill or rescue, to shop or steal... in Spelunky, the choice is yours and so are the consequences!

Spelunky HD is a 'Rogue-lite', a sub-genre of Roguelikes.
The levels are procedurally generated with innumerable combinations, producing unique caves on every playthrough, with varied terrain, enemies and items spawning in each one. The player must navigate these in real time, using skill and reflexes, as well as resource management and strategy to gather treasure and fight monsters. Death is permanent, rapid and frequent - everything is lost upon death and the player must start over from the beginning with only the stock equipment of bombs, ropes and hitpoints.

Derek Yu is involved in the independent game development culture, and draws from some of their traditions in his game design, such as metagaming elements like Speedrunning challenges.

Spelunky has won multiple awards and accolades from many high-profile sources.

Spelunky has also had numerous mentions in blogs, forums, and social media, and many game developers cite Spelunky as an influence on their work. The game received generally favorable reviews, scoring an average of 87/100 on the reviews aggregator Metacritic.[1][2][3][4] The community on Slant collectively agreed that the game provides an interesting challenge by heavily relying on increasing your skill.[5]

Spelunky was re-released for the Xbox Live Arcade (XBLA) in 2012, four years after its initial PC launch.
The HD version is an updated release, more of a sequel than a port. It features modern HD graphics as well as a large amount of new content, including (but not limited to) new enemies, areas, terrain, and items, as well as new 11 player characters, an updated player records system and online worldwide leaderboards and rankings.

The HD version of Spelunky was released for PC on August 8th 2013, through Steam and GOG.
The game was also released shortly afterwards on the Playstation Network to the PS3 and the PS Vita on August 27th in the US and August 28th in the EU. The PSN version became available on the PS4 on October 7, 2014.

Each version of the game (Except XBLA) has unique benefits exclusive to that platform:

An unofficial Mac OS X port of Spelunky has been created by Leon Arnott. The port uses the 1.0 source code.

Another unofficial Mac OS X port of Spelunky was created by idyll with contributions from the Spelunky community. This port is based on TyrOvC's Spelunky 1.2r2 source code which is based on Spelunky 1.1.

An HTML5 port of Spelunky that runs in a web browser has been created by Darius Kazemi.

A sequel to Spelunky, Spelunky 2, was revealed at Paris Games Week 2017, and released on September 15th, 2020 on PlayStation 4 and Steam. Spelunky 2 features the player controlling Ana Spelunky, the child of the previous game's Guy Spelunky and Tina Flan. 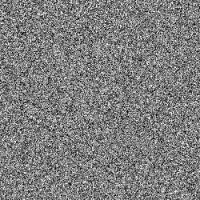 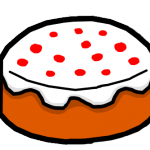