There are 20 different playable Spelunkers available in Spelunky 2 that can be used in all single player and multiplayer game modes.

Four are available from the beginning, but the remaining sixteen must be unlocked by finding them throughout the caves, typically trapped inside of a Coffin.

Unlocking all 16 secret characters will cause a large cardboard cutout of a buff dog to appear in the Camp.

Every Spelunker functions identically in gameplay; the only differences are cosmetic. All spelunkers have their own custom rope, while some also have a custom whip. The character used also changes the ending message at the end of a Run Recap.

Spelunkers cannot be unlocked in Online Multiplayer; this includes Guy Spelunky and Classic Guy, who are unlocked by completing specific Endings.

All Spelunkers have a special custom rope. All ropes function identically, and some have their own unique sound.

Some characters have their own custom Whips. These whips function identically to the default whip, and only appear different. Notably, Hired Hands and the Eggplant Child also have their very own custom whip.

When a Spelunker dies in co-op, they drop all of their items and a Player Bag containing their bombs and rope, before leaving their body and becoming a Ghost. The colors and features of the Ghost resemble the player character that died.

A Coffin will spawn for each dead player in a level after the one they died in. Freeing a player from their coffin causes their ghost to disappear, immediately resuming control back to their newly-freed body.

A Player Ghost can rescue themselves from a coffin by shooting their own coffin with an ice blast attack. This will open the coffin and freeze the player inside. They will fall on the ground safely, albeit frozen.

There is a "queue" system online for the main player; at the start, a player's position in the queue is equal to their join order, but when a player dies and is revived, they drop to the last position of the queue. For example, if 3 people are dead and 1 of them is revived, the one who is revived is now 2nd in the queue.

For each player ghost that exists, the amount of time in a level before The Ghost spawns reduces by 30 seconds.

Taking a picture of a player ghost using the Camera will momentarily and forcefully freeze them into an odd shape or expression.

All playable Spelunkers have their own special dialogue in the Camp. 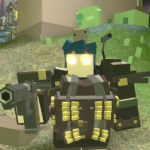