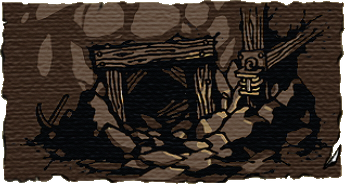 "An abandoned mine with many deep shafts"

The Mines are the first of the four main areas.

It is the easiest area of the game, but will quickly finish off careless adventurers as they delve deeper. 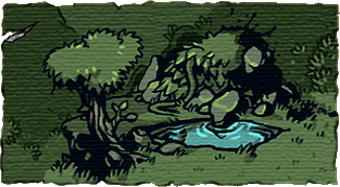 "The trees here have found a way to grow without any sunlight."

The Jungle is the second of the four main areas, comprising levels from 2-1 to 2-4.

Plant life flourishes here, and tribal savages make their home amongst the trees. The difficulty increases slightly and it has new traps and monsters, like other areas. 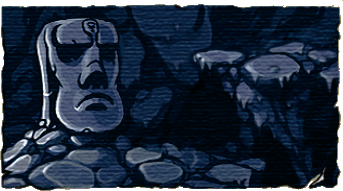 The Ice Caves are the third of the four main areas, comprising levels 3-1 to 3-4.

It is a frosty cavern that is far more open than other areas in the game, and falling off the slippery platforms will be fatal.
It is home to many Yetis and Mammoths, as well as strange alien invaders.

Beware, as this area is tricky. Its monsters and the level design is different in relation to others. 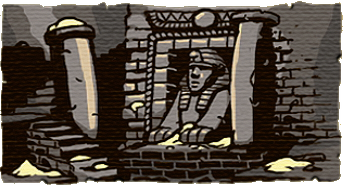 "These ruins have probably been here for thousands of years. Who built them?"

The Temple is the last of the four main areas, comprising levels 4-1 to 4-4.
Level 4-4 is Olmec's Lair, where the Spelunker fights against it to get the Giant Idol, a high valued treasure.

The temple is much more linear than previous areas, but filled with much stronger enemies and many more deadly traps. 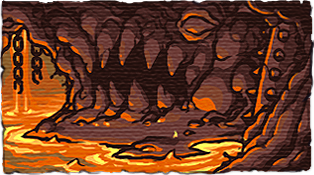 "The underworld. Sheol. Hades. One thing's for certain: it's HOT down here!"

Hell is a bonus area that can only be accessed by acquiring the Book of the Dead and the four treasures from the previous areas (Mines, The Jungle, The Ice Caves and The Temple). It comprises levels 5-1 to 5-4, with level 5-4 being King Yama's Lair where the Spelunker fights the king of the underworld. Vlad's Tower is found in level 5-1, 5-2 and 5-3, where he/she can fight the Vampire Prince. 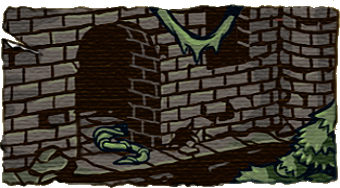 "Long ago, the knights who dwelt here were cursed with eternal life."

The Haunted Castle is a bonus level that can only be reached from Restless Dead level feelings in the Jungle by excavating the secret entrance sealed beneath a royal tomb.

Inside is a guaranteed Altar and many enemies to sacrifice, as well as the Black Knight who carries a useful shield.

The Van Helsing Spelunker can be unlocked here. 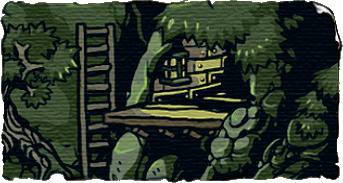 "You may be able to purchase some one-of-a-kind items in this hidden place..."

The Black Market is a bonus level hidden in the Jungle where many Shopkeepers have set up their stores. It can only be found by pinpointing the entrance buried in the rock using the Udjat Eye. 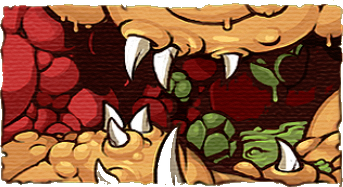 "In one end and out the other."

The Worm is a bonus level that can be accessed either from the Jungle or the Ice Caves, by throwing a living Damsel onto its tongue to get swallowed.

The Worm is a colossal creature, and the Spelunker must climb through its innards to reach the other end and escape. Inside is the Crysknife, a powerful weapon that must be retrieved from a pool of acid.

The Meat Boy Spelunker can be unlocked here. 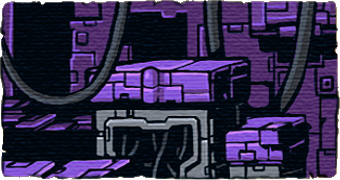 The Mothership is a bonus level that can be accessed from the alternative exit that always appears on level 3-4.

It is a very volatile place - automated defenses and explosive enemies will tear the level apart to get at you, and the Alien Lords' psychic attacks will deal 10 damage, almost always killing you immediately if you are hit.

At the top of the mothership, the Alien Queen guards an extremely powerful Plasma Cannon.

The Robot Spelunker can be unlocked here. 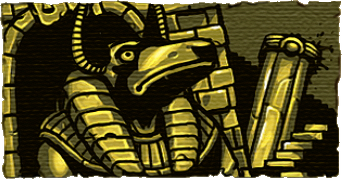 "I finally made it!"

The City of Gold is a special temple level where absolutely everything is made of solid gold. Every block and trap can be demolished to collect enormous amounts of Treasure and achieve a very high score.

A complicated sequence of events must be completed to access the City of Gold; you must travel through each of the four areas to collect special Egyptian artifacts to open the golden door.

The Book of the Dead can be found here, which opens the door to The Hell after defeating Olmec in 4-4.

The Golden Monk Spelunker can be unlocked here.

Retrieved from "https://spelunky.fandom.com/wiki/Places/HD?oldid=19882"
Community content is available under CC-BY-SA unless otherwise noted.