The Journal is a handy returning feature that appears in Spelunky 2.

It serves as a sort of encyclopedia that records all the Places, Monsters, Items, and Traps that the player comes across in the game, as well as keeping track of gameplay statistics, such as playthroughs and deaths.

In the beginning of the game, Ana Spelunky finds the book when she first enters the Entrance Cave and discovers it belonged to her father Guy Spelunky.

Ana reads about Guy's journey and his adventures with his wife Tina Flan, as she progresses through the interactive tutorial room.

After completing the tutorial, Ana Spelunky finds a key tucked into the last page and uses it to open the entrance to Dwelling, beginning their own adventure just as Guy did after finding the very same journal left behind by Yang.

During the game, the journal will automatically document all the places you visit, the monsters you kill (or are killed by), the items you pick up and the traps you fall victim to or encounter.

The journal can be viewed at any time by pressing the Back/Tab/Select/Touch Pad button, and also displays the current level, money collected and time spent in the caves.

"Wow, it's been 15 years since my last entry! So much has happened since I escaped the cave of Olmec with his treasure."

"Tina and I became parents! We named our daughter Ana. She's a strong kid... And a natural explorer! 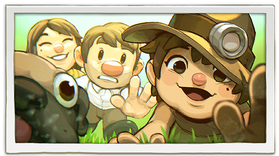 "The dreams began when Ana turned five. In the dream, I'd look out the window at the full Moon and see Olmec's face in it. I tried to ignore it. 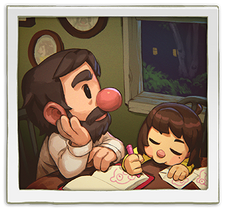 "Our curiosity was too much to resist. With Colin's help, Tina and I built a spaceship that could take us to the Moon. 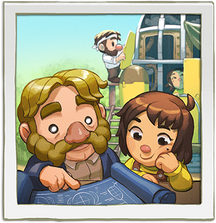 "Ana wants to come, but it feels a little dangerous and I think she should stay and finish out the school year. Besides, we should be back before she knows it! There's probably nothing there anyway..." 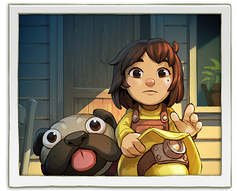 "It was hard to say goodbye. Part of me wishes we'd brought Ana with us... she loves space and we keep wanting to show her things in the ship. At least she has Monty to keep her company." 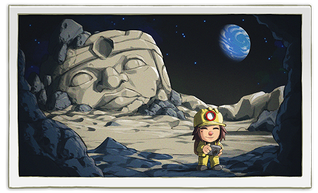 "It's unbelievable! There's a giant Olmec on the surface of the Moon! And a cave! A feeling of deja vu swept over us, and we were drawn toward the entrance like iron filings to a magnet. A voice is calling to us... is it Olmec, or something else?" 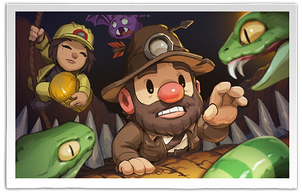 "We've been in the Moon for what feels like many months already, but it's hard to tell. Just like before, time and death work differently here. It feels like we've slipped into another crack in the Universe... like the Cave of Olmec... connected to it, perhaps... but also bigger, much bigger!" 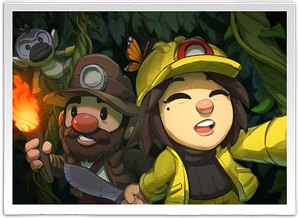 "Ana, if you're reading this, then you've probably guessed that Mom and Dad are somewhere down below, trying to find a way out. I'm sorry, we should have brought you with us! But try not to worry. To be honest, we're having fun! Take your time and don't rush. Remember, it's easier to get hurt if you're not careful. Just remember what we taught you and you'll be fine. This journal is yours now! Make the most of it and we'll see you soon!" 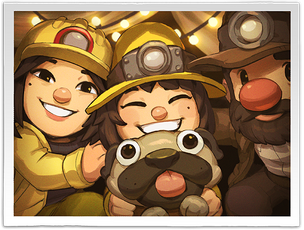