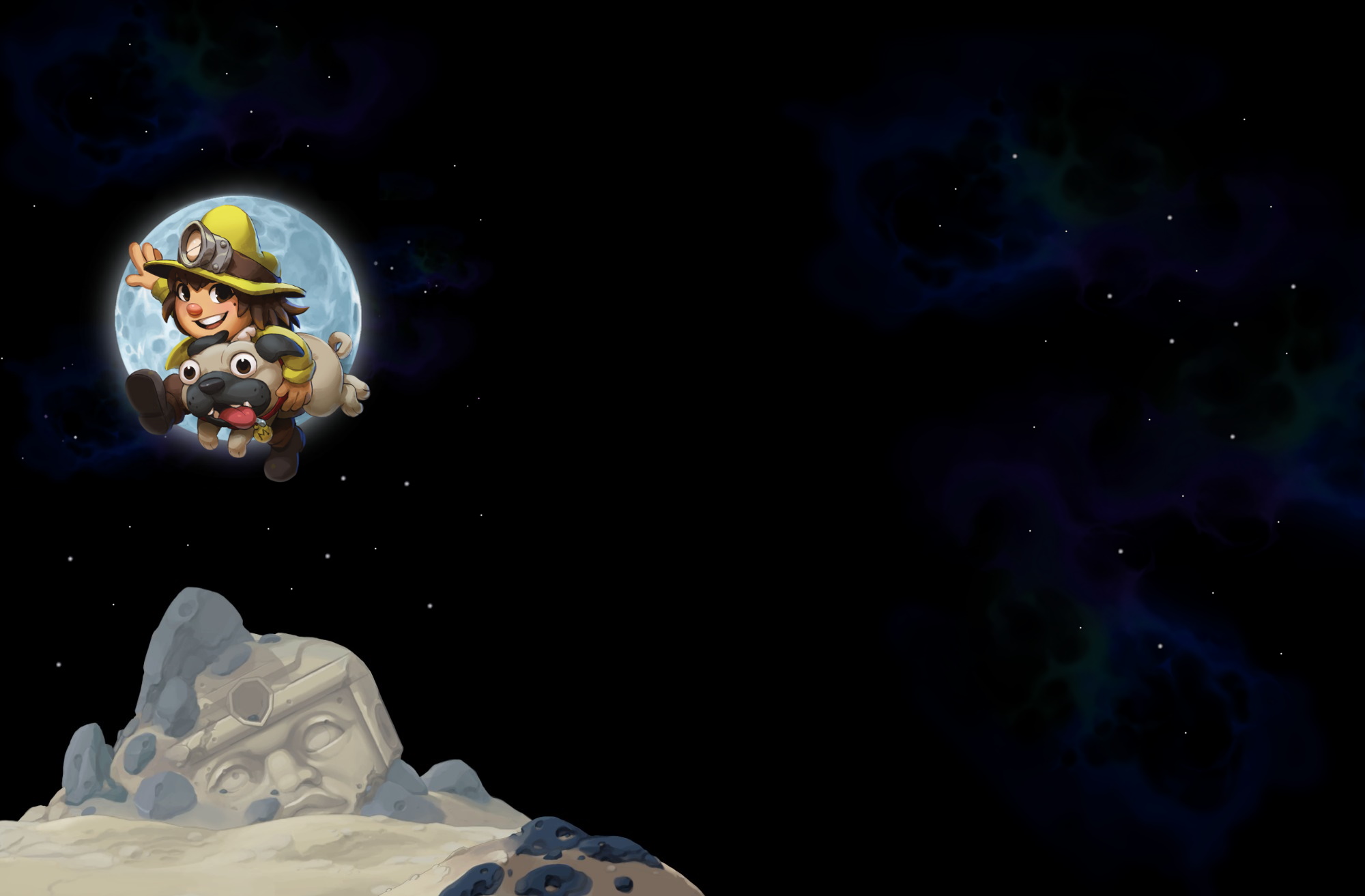 What's on your mind?

In HTML5, once you get to the black market, whip one shopkeeper and everything becomes free, and all the other shopkeepers are N O T M A D. I'm not sure if anyone else knows this, but it's the best way to do a black market raid. 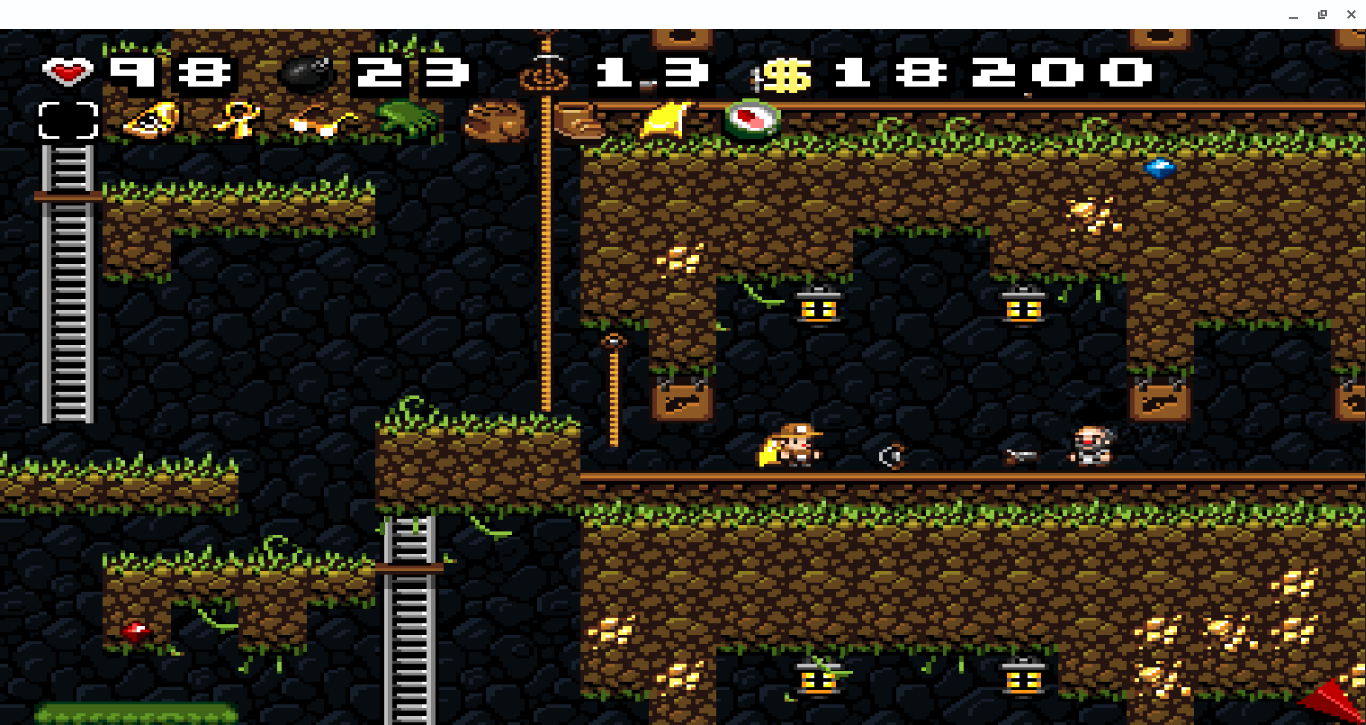 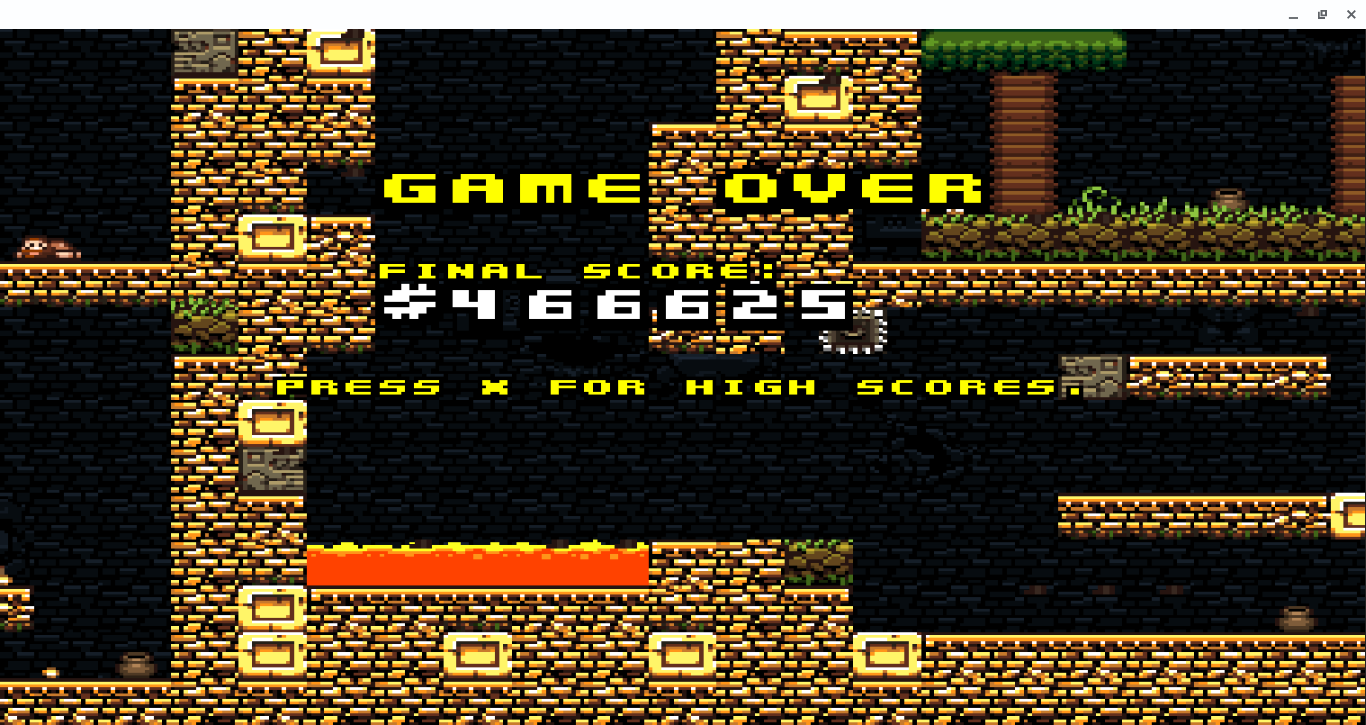 Having the feeling "Your legs start to feel like jelly..." for when the "ghost" Celestial Jelly (The one that appears after 3 minutes) would fit PERFECTLY as a warning, but I havent got to it nor have I seen what is said...

Im trying to edit what objects spawn when you break a pot or crate or chest and I need to locate the objects folder to change that but I just can't find it. Does anyone know what is going on or am I just stupid

Parachutes are single-use equipment in Spelunky htm5 items purchasable from certain shops. They are also fairly commonly found inside crates. They do not stack, meaning that only one can be carried at a time.

Parachutes automatically deploy whenever you fall far enough to take fall damage, slowing your airspeed and softening your landing. You can steer in the air, but cannot cut the chute to freefall until you touch down. They are discarded as soon as you land safely, hang to an edge, or grab a wall with the climbing glove. Like the cape, when floating with the parachute you can also glide gently onto spikes without getting killed.

Having a parachute on hand is a useful lifeline in case you do not have access to a better method of fall protection, but are made nearly redundant if you also find a cape or jetpack, which can both be used to prevent fall damage. Nevertheless, it never hurts to have a backup parachute on hand to save you in case you fail to manually activate your primary item in time.

It also serves as a dramatic ending when you beat Olmec or King Yama. In the ending cinematic, you will safely parachute down after you get flung from the volcano instead of landing hard on the ground. And if you are currently holding an item, you will keep holding it in the ending.

Parachutes can also randomly deploy/not deploy at the wrong moments in which you would not get hurt/get hurt by falling.

Climbing Gloves are accessories that can be purchased in certain shops. They can also occasionally be found in crates or received from Kali after making sacrifices.

Climbing gloves allow you to grab onto any type of wall and climb up them or abseil down them as if it were a ledge. This allows you to reduce or prevent fall damage, lets you grab onto ledges one block higher than normal, and climb up vertical walls to reach some areas that would normally need a rope to access.

However, even with climbing gloves, there are several situations where you may need to use a rope, such as climbing up overhanging ledges or descending caverns that have no walls for you to cling to, such as in the Ice Caves.

Climbing Gloves can be equipped at the same time as the Pitcher's Mitt and work especially well when used with Spring Shoes and a cape.

They are made virtually redundant with a jetpack, but will still help with managing fall damage and conserving jetpack flight time.

There are a few situations where they can be disadvantageous, e.g. slipping through a 1 block gap between Jungle traps. Be advised that holding down will not prevent you from grabbing onto blocks.

Spectacles are an accessory that improves the Spelunker's vision. They can be bought from certain shops, occasionally found in crates, or received as a gift from Kali after making enough sacrifices at one of her altars.

Spectacles are rarely considered to be worth buying from shops due to the functional overlap with the Udjat Eye, which is gained for free and is guaranteed to appear. They are not completely worthless, however, as they increase the visibility in dark levels, unlike the udjat eye.

Spectacles function similarly to the Udjat Eye. Like the Eye, they show you hidden treasure deposits inside blocks that are not visible with the naked eye (such as jewels and gold nuggets), which increases the productivity of mining with bombs or a mattock. They will also show any other hidden items inside blocks. Not only does this include the guaranteed items such as the Mattock hidden at the bottom of a Snake pit, but also the items that rarely generate randomly inside of any solid block, including (but not limited to) accessories and weapons.

However, unlike the Udjat Eye, they will not help you find the entrance to the Black Market. Instead, the unique function of the spectacles is the extra visual acuity provided in dark levels, which helps the Spelunker see a little further into the darkness, although holding the torch with the Spectacles will not further increase your vision range.

This is a very useful feature, as dark levels are considered to be one of the most dangerous environments in the game. The extra visibility can be the difference between life and death.

Picking up a jar of Paste upgrades your bombs into 'Sticky Bombs' which glue to whatever they touch.

Bomb paste may be sold in a variety of different shops and can also be found randomly within crates or when enough sacrifices are made at an Altar. Additionally, a jar of paste is guaranteed to drop when a Giant Spider is killed (along with a couple of jewels).

You do not run out of paste however many bombs you use, and the upgrade is irreversible.

Sticky bombs have exactly the same explosive yield and fuse length as regular bombs. The difference is that sticky bombs will stick to whatever it touches first, allowing you to easily destroy wall or ceiling blocks in hard-to-reach places. They will also adhere to characters, making bombs much easier to use in combat against moving targets, in addition to that sticky bombs will not explode immediately when they are reached by the explosion radius of another bomb, this means that you can put several bombs next to each other and they will explode in order instead of all exploding at once by the effect of the first bomb. This makes them very use full in moments of rush, for example: when you are running away from the ghost and are trying to find the black market or simply stuck you will be able to blast your way through walls very quickly to evade the ghost instead of waiting for the previous bomb to explode to plant the next one. This technique may be called "bomb cascading".

It is possible to stick a bomb to a Damsel running off a ledge to create a rolling explosive who can be used to carry the bomb into dangerous areas out of your reach. While this is usually a costly waste of a Damsel, it may - in obscure circumstances - be an effective strategy.

Sticky bombs work remarkably well with the Pitcher's Mitt, allowing you to throw bombs in a perfectly straight line and have them blow up whatever they hit.

Throwing a sticky bomb at an enemy will not deal damage until it explodes, unlike regular bombs that deal throwing damage if they hit something. While this is usually irrelevant, it can be problematic if you throw a bomb at a fast-moving enemy (such as a Hawk Man), only for them to be unimpeded as they run up to you and explode.

You should also be very careful around enemies which can reflect attacks, like the alien force field. If a sticky bomb hits their shield it can actually fly back and stick to you!

Once you pick up a jar of paste, you cannot use regular bombs again until you die. This can be inconvenient because regular bombs have various uses that can't be pulled off well with sticky bombs, such as bouncing and rolling. For instance, you can't drop sticky bombs down a shaft or bounce them into places not within a direct arc from your position, as they often stick to walls before they reach their intended destination. However, a mis-thrown sticky bomb can still be moved by picking it up and throwing it again, and placing the bomb on a non-sticky agent (such as a corpse) will allow you to drop the package down a chute without fear of it getting stuck on the sides.

In spite of this, the ability to stick bombs to awkward blocks and tough enemies is considerably more useful than having them bounce around corners, so picking up Paste is the best choice in almost every situation.

Spike Shoes are a returning accessory from Spelunky HTM5. It can be found in crates and clothing shops.

Spring Shoes are a returning accessory from Spelunky. It can be found in crates and clothing shops.

Spring shoes increase the player's jump by 1 tile. This is an increase of 150% which can allow the player to reach previously unreachable places. This has a multitude of uses for acquiring gems, gold, crates, or damsels.

The Pitcher's Mitt is a brown baseball glove accessory that improves the Spelunker's throwing ability.

It can be found for sale in Shops, and is also occasionally found in crates, and is sometimes given as a reward from sacrificing to Kali.

The Pitcher's Mitt causes any thrown object (even bombs) to travel on a straight-line trajectory unaffected by gravity, similar to how arrows are launched from an Arrow Trap.

An item is thrown while standing will fly horizontally, and an item thrown while looking up or down will travel at a 45-degree angle.

This greatly improves the range and accuracy of thrown items and is especially effective when combined with sticky bombs.

The Pitcher's Mitt can be equipped along with the Climbing Gloves, allowing for both effects at once.

The Compass is a relatively common accessory item. It can be found inside several different shops and inside some crates.

The Compass puts a red arrow on the HUD that will always point to the level exit, even when it's off-screen.The compass is usually somewhat helpful as it allows you to plan your route through the level more efficiently, allowing you to run to the exit quickly to escape the Ghost or take a shortcut to avoid enemies.

The Compass is also handy in dark levels in case you lose your light source, or if you are holding something and do not want to give it up for a torch.

It is perhaps most valuable in the Ice Caves, where it can often be the difference between life and death.By showing where the exit is, it will help you to avoid ending up on the wrong side of the bottom of the map, which can be frustrating and often difficult to rectify, especially if you don't have many ropes.Along with the spike shoes and the jetpack or cape, it is probably the most important item to have in this area.

The Compass will not point to secret level exits such as those to the Black Market or the City of Gold.

In Spelunky 2, the name of the default character from Spelunky 1 is called Guy Spelunker. Does this mean that we now have an official name for the character?